In Lahore, a non-paying vehicle carrying 105 e-challans was seized.

According to private TV ARY News, with the help of Safe City cameras, a non-paying vehicle with 105 e-challan was caught near Ganga Ram Hospital Lahore. The challan amount of Rs 50,300 is due on the owner of the vehicle. 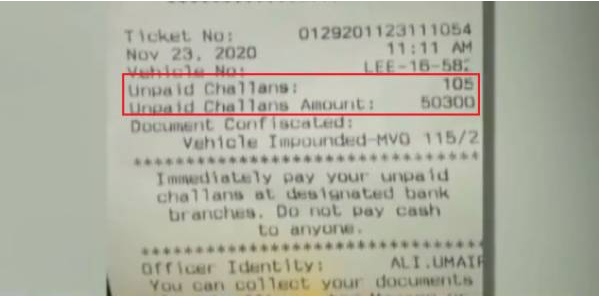