Why were the elections declared transparent? Trump fires cybersecurity official

Chris Krebs told government and private election officials last week that there was no evidence that the vote had been tampered with or rigged in any way.

US President Donald Trump has fired Chris Krebs, director of the Cyber ​​Security and Infrastructure Security Agency (CISA), and fired him.

On the social networking site Twitter, Donald Trump called the official’s statement a lie and said that Chris Krebs’ recent statement regarding the security of the presidential election was very wrong. 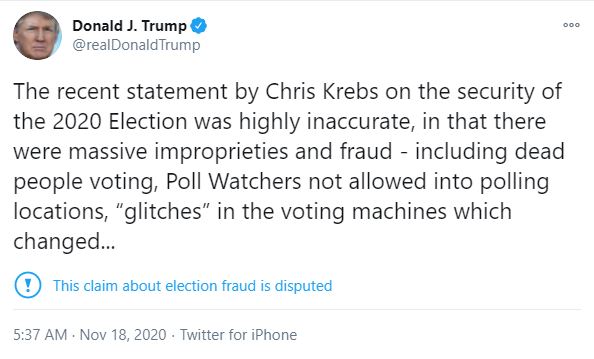 Pakistani actor Feroz Khan and Aliza Sultan split? There was an uproar on social media